Are Electric Pressure Cookers All They Are Hyped Up Be?

Instapots and other electric pressure cookers are all the rage this year. I myself have tasted the juice and am a huge fan. I have encouraged family and friends to do the same.

Last year my mother-in-law gifted me with an Instapot electric pressure cooker. I did not know much about electric pressure cookers, and I honestly thought it would be similar to the slow cooker I already had and rarely used. I am terrible at planning early enough in a day to cook a meal in the crock pot to be ready for dinner. As it turns out, the pressure cooker can do more than slow cook food. In addition, I have found that anything I cooked in a slower cooker, I could cook in a pressure cooker in the fraction of the time.

There are multiple recipes online and YouTube videos that also provide an easy to follow tutorial on how to use a pressure cooker. Some foods are better in the pressure cooker than others, and it often reduces our dishwashing.

Although you can buy a whole roasted chicken in any grocery store, one of our regular meals is now a pressure cooked whole chicken. I buy whole chickens and store them in our freezer making them accessible for dinner at any point without a trip to a grocery store. When we are ready to cook, I defrost the chicken and rub season under the skin. I usually toss in onion, celery, carrots or other veggies that I have on hand along with a cup of water. The resulting chicken is moist and full of flavor.

A whole chicken can be used in more ways than its initial meal. The leftover chicken meat is great to eat with salads, in wraps or to make quick quesadillas later in the week. I often debone the chicken and toss the bones back into the pressure cooker. Following any broth recipe online, I put the bones in the liquid the chicken was cooked in, add water, other items suggested in recipes and additional seasonings to the broth. In approximately two hours, I can make homemade chicken bone broth. Although store-bought broth is inexpensive, homemade broth can really enhance the flavor of any recipe. The broth can be stored in the fridge, or frozen in one-two cup amounts for later use. In addition, the broth is helpful during cold winter months, especially to drink when someone is not feeling well.

I am not paid by Instapot or electric pressure cooker companies nor have I received one for free. I am just a mom who the appliance has assisted me in making healthy, quick, home-cooked meals.

I spend most of my time and days with my three kids, husband and dog. My kids frequently play near me as I garden, cook, DIY and volunteer. My most unusual paying job has to be feeding fruit flies in a research lab, and my most fullfilling job was being an oncology nurse for seven years. 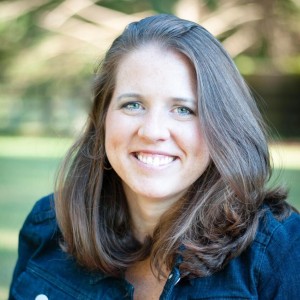 Use trail etiquette when hiking

Boost happiness at home with 6 tips

A daily routine challenge: Will you accept?

These 7 habitual behaviors are probably why you feel so drained

Will the Balenciaga scandal expose the fashion industry?

Kidney health improves with these 3 foods

4 red flag behaviors of a narcissist