Election 2020: Fraud – Are the Claims as “Baseless” as the MSM Implies? You Decide

Grab some popcorn… this is a doozy.  **Note, this article has undergone several updates already and will continue to be updated with additional sources until we feel all the material listed here has been clarified in full.

If you’re so inclined, watch all the videos and listen to ALL the claims — make up your own mind about the integrity of the electoral process (we admit, it’s a lot — but it’s only a fraction of what we have reviewed and we believe it outlines the catalyst behind the current goings on in our country).

Note: Some commentators and/or platforms in the videos below DO depict bias, but the information in each is relevant.

Over the course of the last six days, America has been riveted by the ongoing election process. Results seem to indicate a near 50/50 split among the people. As early as election night, particularly around 3am ET, accusations of fraud and massive irregularity at the polls began pouring in. Now, the nation waits on the outcome of lawsuits, recounts and investigations to first determine the next president of the United States, and second, to determine whether or not the electoral process in the U.S. can actually be trusted (and at the same time, whether or not the potential/prospective president-elect is part and party to a dishonest path to the White House).

According to a Gallup poll conducted in February, three out of five Americans have no confidence in the honesty of our electoral process. Believe it or not, dang near everybody — Republicans and Democrats alike — has doubts about the integrity of our democratic process. In a world where common ground seems so rare, it feels almost surreal that we’ve found an arena wherein the vast majority of Americans agree: Things feels shady — and people are downright tired of it. In fact, in a matter of days, a private Facebook group called “Nationwide Recount 2020” grew to 1 million supporters, there are petitions and groups and rallies popping up all over the U.S. 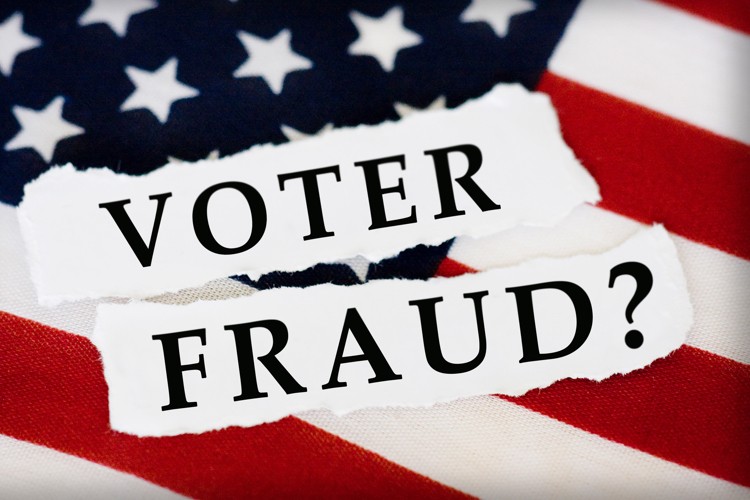 Mail-in voting has been under attack for months, but the concerns are far from new. In fact, “Between 2012 and 2018, 28.3 million mail-in ballots remain unaccounted for, according to data from the federal Election Assistance Commission. The missing ballots amount to nearly one in five of all absentee ballots and ballots mailed to voters residing in states that do elections exclusively by mail.”

After Donald Trump took office, the Democrat party (lead in no small part by Speaker Pelosi) pushed hard to prove that President Trump had somehow engaged in collusion with Russia to sway the outcome of the 2016 election. The party spent the better part of three years pushing the collusion perspective on MSM, even after it was revealed that the Obama administration used federal resources to investigate Trump during his campaign (there are even some whispers that then-President Obama himself actually knew about the investigation, which Trump has openly called “spying” several times. In fact, earlier this year, reports were released stating that Director of National Intelligence John Ratcliffe alleged that Hillary Clinton had ordered the plan and that Barack Obama knew about it). That revelation slowed the momentum on the Democrat party’s effort to prove that Trump colluded with Russia. Adding to that, around the same time, the intelligence officials leading the probe into Trump’s actions testified under oath that they had ZERO evidence of collusion, which seemingly closed the book on the whole deal. HOWEVER, the damage was done — media outlets still tout the narrative and laypersons still believe Trump colluded with Russia to win the election against Hillary Clinton in 2016.

So why the recap and what does it have to do with Joe Biden and Kamala Harris?

In short, claims of fraud, corruption and shady dealings don’t just go away on their own. The Russia collusion story is still a dark blot on the Trump administration’s reputation, particularly among registered Democrats, even in the absence of any verifiable proof or evidence. As the nation stands at a crossroad for the 2020 election, allegations of corruption and fraud threaten to put that same dark blot on the Biden/Harris administration before it even starts. Around half of all Americans (voters and non-voters alike) believe election tampering has taken place and that barring recounts and investigations, no winner should be declared.

And that’s not all — Americans have had enough. Bipartisan surveys indicate that almost ALL Americans want a fair and transparent process, and sadly, at least half believe we aren’t getting one. Yes, there are some one-off Dems who say they do not care if their party cheated to get the White House, as long as they win. But for the most part, regardless of party, Americans just want things done the right way, the honest way, and with total transparency. Americans WANT confidence in the electoral process.

Which leads us to the real meat of this piece —

Has electoral fraud taken place? Are irregularities preventing clarity in an outcome? Is there a “shadow of a doubt” looming that could warrant legal ramifications?

If so, don’t we owe it to the American people to find out? Not just for this election, but for elections to come? Not just for partisan reasons, but for the sake of liberty and justice for all?

Before we get rolling, it might behoove us all to gain a little perspective and remember that this experience is not as unprecedented as the media has made it seem. If you will recall, way back in the olden days (2000), former VP Al Gore ran a tight race against former President George Bush. By November 7, no clear candidate had emerged in the 2000 election, There were inconclusive results in Oregon, New Mexico and Florida. As it stood, the state of Florida held the fate of the nation in its hands as the TV networks first called the state for Al Gore, then flipped to George Bush. Gore conceded, but his concession was soon rescinded.  For more than a month, 36 days to be exact, America believed Al Gore would be the 43rd president of the United States. The drama that unfolded gripped the nation, not unlike what we are experiencing today — except at the time, big tech, the media machine and social media were far less prolific. Accusations of corruption, electoral fraud and voter suppression, as well as calls for recounts, investigations, and lawsuits ensued. The issue eventually went to the state Supreme Court, where justices ordered a recount in four counties. On December 12th, the Supreme Court decision handed George Bush the presidency. (If you’re following Sharpie-gate, consider looking up the terms “hanging chad,” “dimpled chad” and “pregnant chad.” You won’t regret it.).

We are all waiting with bated breath to see what will transpire, and even though many mainstream media outlets have proclaimed Joe Biden as the clear winner, in truth the race presses on in the periphery.  NO STATE HAS CERTIFIED THEIR RESULTS.  Media companies have no official authority to call an election. And, as you can see HERE, as of tonight, RCP has reversed their count for Joe Biden and he no longer holds the 270 votes needed to win the election, leaving the race uncalled for either candidate.

In the coming paragraphs, you’ll find as much information as we have gathered on the claims of electoral fraud, as well everything we have on current and pending allegations, charges and indictments (SEE BELOW VIDEOS). In the end, if you believe there is even a faint shadow of a doubt looming over any of these concerns, there are avenues you can take to make your desire for fairness and impartiality in the electoral process known. You will find links at the bottom of the article. At any rate, you’ll know WHY so many people feel the way they do.

When we first began investigating the issue, we wanted to know just how often voter fraud occurs and it became clear that electoral fraud is not as rare as we originally believed. The below link will take you to a database containing “a sampling of recent proven instances of election fraud from across the country. This database is not an exhaustive or comprehensive list. It does not capture all cases and certainly does not capture reported instances that are not investigated or prosecuted.” According to the Heritage Foundation, their database exists to expose the vulnerabilities of the election system, which you can read about on their site. We looked into these cases and they are, in fact, legitimate cases. The database itself highlights a small sampling of cases from each and every state — every state.

ELECTION FRAUD? VOTER SUPPRESSION? COMPUTER INACCURACIES? COUNTING INCONSISTENCIES?  What exactly are the claims? What is the evidence?

Here’s the information we’ve gathered so far, though this list is far from exhaustive, the video information should provide valuable insight when it comes to forming your opinion — You decide whether or not you think these tales are worth the “shadow of a doubt” needed to demand an audit and recounts:

The below videos are a collection of claims made from citizens, officials, insiders and journalists who are shining light on various claims of fraud and/or error.

DO YOU THINK YOU’VE WITNESSED OR EXPERIENCED VOTER FRAUD? Here’s how to report it:

Find your state on the ACLJ website and use the listed contact information to file your report.

If you feel doubt over the electoral process and you believe the American people deserve honesty and transparency in the process, you can sign petitions on change.org demanding recounts or revotes. Contact your state representative, contact the Supreme Court of the Unites States, join the Nationwide Recount 2020 Facebook page, currently supporting 1.1 million users and/or contact the White House voter fraud hotline directly 866-498-6722 (this number may have changed since it was originally provided, so please do your due diligence).

The Author Sounds Off (Editorial):

If there IS fraud in the system, then we’ve ALL been made victims of it, we’ve ALL been duped, and then it’s not just about the administrations, but about all of us. If there is fraud discovered, it’s a crime against the entire American population no matter who a person voted for.
America DESERVES the TRUTH no matter what it is. Most Americans want the open, honest truth. If the voting process was fair and square, then the outcome remains the same, so only good can come from the efforts.
It would appease the masses (aka shut everyone up) and maybe the nation as a whole could move on with a level of acceptance on BOTH SIDES.
Win or lose, if Americans can trust the process, it’s a step in the right direction — as of now, nobody trusts anything and it’s tearing us apart.