It’s Okay to Say No (When You Really Want To)

Lately, my youngest daughter, who is five, is on a daily mission to make me breakfast. Naturally, I want to encourage her tendency to be helpful and kind, so I don’t say no. Instead, I usually thank her profusely and then eat said breakfast while she delightfully watches my every bite.

The problem here is a five-year-old’s idea of a delicious breakfast.

Most of the time, it consists of her adding anything and everything she can think of to a cup of Greek yogurt. So far, she has managed to incorporate oats, blueberries, honey, whipped cream, and even miniature marshmallows. Doesn’t sound too bad, you may be thinking. But she also worked up to placing an entire Granny Smith apple—on which she had drawn with magic marker—in a bowl and then dousing it with maple syrup and candy sprinkles. Not really my ideal breakfast, if I’m honest with you.

Instead of continuing to try and choke down two pounds of candy and sugar every morning, I decided to start declining her offer of breakfast. I know, it sounds heartless, and I admit I felt heartless the first few times. Seeing the disappointment on her little face was almost more than I could stand. How could I say no to her big, sad eyes? But I kept thinking, what good am I doing her by continuing to eat this stuff? Should I really have to accept everything that is offered to me, even if I don’t actually want it? Is that the example I truly want to set for her?

There’s no denying that, as a society, we seem to struggle with saying no. Women, especially, are very concerned with “hurting someone’s feelings”, and we will suffer ourselves so as not to give offense to another person. How many times have you been “trapped” into going to lunch with a less-than-pleasant co-worker, just because you didn’t think you could say no? Or found yourself agreeing to do some favor for someone which you didn’t really want to do? (Like the time I got snookered into sewing an entire outfit for my boss to wear to a costume party. News flash: it ended in disaster!)

How about the awful situation of feeling obligated to accept a date with a person you really don’t like, just because you might hurt their feelings if you say no? And what about when that date goes in for the goodnight kiss?? I’ve even seen people take on extra job responsibilities or side-job ‘opportunities’ that they didn’t really want, simply because they couldn’t say no to someone.

Why do we do this to ourselves?

Psychologically speaking, we are all people-pleasers. But in constantly trying to avoid being labeled as rude, we end up having to deal with unnecessary and uncomfortable situations, and all because we aren’t accustomed to saying–and hearing–no. But wouldn’t it be better if we could say no when we really wanted to? Wouldn’t that make the times we say yes even more meaningful, since they would be sincerely given? I personally don’t really want someone else to do something for me just because they feel obligated or pressured somehow. I doubt you would want that, either. And ask yourself this: if you offer someone something and they decline it–nicely–would you really be that upset? Probably not. So why do we all keep acting as if saying no is the worst kind of social faux-pas we can commit?

Now I’m not saying we should abandon our manners. (I’m from the South, after all!) But I do say it’s high time we all learned how to say no without the guilt. Just because someone offers you something does not really obligate you to take it, and turning it down does not have to be rude.  Moreover, what if instead of thinking someone (or yourself) rude for saying no, we choose to admire them for being forthright? There are kind ways to say no, and I implore you to try one or two of them out. Life is just way too short to continually accept unwanted situations that just bog us down.

So now, when my daughter offers to make me breakfast, I reply with, “I really appreciate the thought, but I just don’t want that right now.” She is already learning to accept this new answer, knowing that there will be plenty of other offers to which I will say yes. Even though she is just five, I hope she will learn that it’s okay to say no when you need to, and that when we say yes, it should be because of a genuine desire and not from a sense of obligation or guilt. So, I hope the next time you really want to say no—to a lunch, to a gift, to a hug, to whatever—you will do it. Save yourself the discomfort and just say no. Try it, and I promise you, it will be positively liberating!

Meanwhile, I will be over here also trying to teach my daughter that maple syrup, sprinkles, and magic marker don’t really belong on my breakfast. 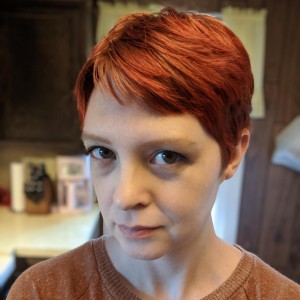 Awards for best (Read on to find out)

Questions that amount to a personal rant

Why did Fauci approve funding for such depravity?

Say “No” to vaccine mandates

Kidney health improves with these 3 foods

4 red flag behaviors of a narcissist