Is the GA vote audit a “sham?” 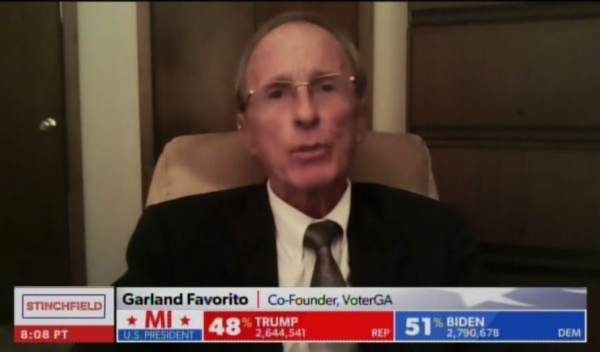 everal days ago Brad Raffensperger, recognizing the outcry over voter fraud allegations in the tight presidential race in Georgia, announced that the state would conduct a hand recount and an audit of ballots cast in the state. At the time of his announcement, Republicans rejoiced, as did a growing number of Democrats who long for transparency in the electoral process above and beyond that of party loyalties. Americans of both parties have stepped forward to announce support for a full audit and recount of votes in as many states as necessary to prove transparency and fairness in the election, and the Secretary of State in Georgia assured Americans that the recount and vote audit process was put into place to “build public confidence.”

The push for transparency is multi-faceted.  On the one hand, Americans want transparency for the sake of future elections and confidence in the electoral process that ensure the nation’s liberties. On the other hand, Americans have grown weary of constant political division and the shroud of accusation that has been cast over both Democrats and Republicans for decades and hope audits and recounts put and end to the doubts, allowing the administration presiding over the next four years – no matter which candidate takes office – to work without the dark blot of fraud and accusation hovering over his office.

Unfortunately, as quickly as Raffensperger was praised, he fell under sharp criticism again, because the announced vote “audit” will not include any form of signature verification to identify fraudulent votes, which means it’s not actually a vote audit at all.

Why have Georgia counties been told to certify results by 5pm tomorrow (before the recount is finished)?

Why isn’t signature review part of the process?

If the SOS’s stated goal is to “build public confidence,” these issues need to be addressed. https://t.co/FymosDWPFO

Anyone who is not a cheat will be concerned by this.https://t.co/B2qDWaTiIS pic.twitter.com/lyJDtbmLBP

The outrage has been echoed across the board and has pin-balled across the nation, making Georgia a focal point in arguably one of the most contended elections in our nation’s history. In response, the GOP delivered a strongly worded letter to the Secretary of State in Georgia:

“You stated yesterday that the process would be “an audit, a recount and a recanvass all at once” and would help ‘build public confidence.’ However, the training and directives issued today do not comport with your stated goals yesterday and do not satisfy our concerns that gave rise to our request for a hand count in the first place,

“We appreciate your decision to proceed with the hand count as well as your public commitment to transparency and openness. The purpose of this letter is to identify the ways in which the announced process is counter to that intended purpose.”

This matter has lead many to speculate that certain Georgia officials have a vested interest in a lack of transparency in the electoral process. The phrase “what is Georgia hiding?” has been on repeat in online circles, even as a Pro-Biden, Democrat poll watcher and IT specialist Garland Favorito comes forward to file an affidavit citing allegations of voter fraud in the State of Georgia.

“I concluded from looking at these results that this was an irregularity, since there was no obvious reason for President Trump’s totals to have decreased while former Vice President Biden’s totals increased dramatically,” Voter GA co-founder Garland Favorito swore in an affidavit he filed this week with the secretary of state’s office.

Favorito went on to say that he suspects a number of issues, speculating that votes were “artificially inflated” to benefit Joe Biden using the currently-under-fire Dominion Voting system that erroneously transferred votes from Trump to Biden in Michigan.

“The software appears to have thrown votes from Trump to Biden here too,” he said, “Or Biden ballots were manufactured.” Favorito added that such a disparity of gains between two candidates “was something I had never witnessed before in my years of election monitoring,”

Favorito appeared on Newsmax with Vernon Jones (Democrat State Representative in Georgia) to discuss the issue:

3 money wasting habits that are hard on your wallet

Fight back against inflation

Tips for saving money on groceries

Easiest refrigerator pickles, ever, and more

Have you tried these 5 health and beauty hacks?